What women want in shopping: A review of She Means Business

Search engine optimization basics: The words you use

Is your startup built to last, or to sell?

Several years ago, I moved into a newly-constructed apartment complex. In fact, the complex was still under construction at the time; I moved into the first building as soon as it was ready. The facilities were nice: there was a community area with an outdoor pool, a movie theater, an exercise room, a pub, and a business center. The developer (construction, not software!) ran the complex for about two years, then sold it.

The problem was, during those first two years, the developer didn't seem that interested in running it. The first winter, they never drained the pool, so the water froze and cracked the concrete. Mail delivery was spotty. Equipment would break in the exercise room and not get repaired in a timely manner. Why was this? Probably because the developer planned on selling it soon, after they'd built it and filled it with renters. The developer probably figured it was in the construction business, not the management business. So it built the complex to sell, not to last.

Similarly, there is a danger for startups that are built to be sold, not to last. They may have a great idea, and develop it to the point where a venture capitalist wants to invest, or a bigger company wants to buy their technology. But they may not really be interested in developing a viable product and improving it to meet their users' needs. This can become a problem in three ways:

1) When built-to-sell startups get customers, they aren't really interested in listening to them to improve the product – the company is supposed to be sold anyway. So, like my old apartment complex, they don't do a very good job of serving their customers.

2) What if a buyer doesn't materialize for a built-to-sell startup? The co-founders probably aren't mentally prepared to be in their business for the long haul, so they may not be able to sustain their effort long enough to achieve a good outcome.

3) The business may be built to get users, not customers. The problem is that the business has operating costs, but no income, so it's beholden to either venture capitalists or an acquiring company to survive. VCs may then show interest in investing, but string along the company until it's desperate for cash; thus, the VC can get better terms. (Obviously there are famous counter-examples out there, like Facebook and Twitter; but 99.9% of companies won't have that kind of success, so planning on it is like every high-school basketball player planning on making the NBA.) 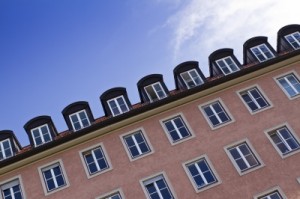 On the other hand, lean startups build a product people, usually including the creators, will actually use; and making money from that product. Then, if there's interest from investors (VCs or acquirers), they're in a position to decide whether they want to take investment or not.

Thanks to @ajotwani: a conversation with him inspired this post.